March 23, 2011
Two books which try to make Byzantium accessible to a wider public have been published recently. In AD 476 the Roman Empire fell–or rather, its western half did. Its eastern half, which would come to be known as the Byzantine Empire, would endure and often flourish for another eleven centuries. Though its capital would move to Constantinople, its citizens referred to themselves as Roman for the entire duration of the empire’s existence. Indeed, so did its neighbors, allies, and enemies: When the Turkish Sultan Mehmet II conquered Constantinople in 1453, he took the title Caesar of Rome, placing himself in a direct line that led back to Augustus. For far too many otherwise historically savvy people today, the story of the Byzantine civilization is something of a void. Yet for more than a millennium, Byzantium reigned as the glittering seat of Christian civilization. When Europe fell into the Dark Ages, Byzantium held fast against Muslim expansion, keeping Christianity alive. When li
Post a Comment
Read more

From BBC: Russia's President Dmitry Medvedev has said Prime Minister Vladimir Putin's description of the UN resolution on Libya is "unacceptable". The rare rebuke came after Mr Putin said the resolution resembled "medieval calls for crusades". Mr Medvedev said such comments could "lead to a clash of civilisations". The UN resolution, which Russia abstained from voting on, authorised military action in Libya to protect civilians from pro-Gaddafi forces. Mr Medvedev told Russian news agencies: "Under no circumstances is it acceptable to use expressions which essentially lead to a clash of civilisations, such as 'crusade' and so on. Read more
Post a Comment
Read more 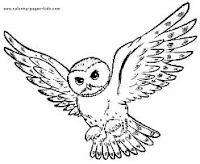 From the website of the project: Introduction The aim of the Sharing Ancient Wisdoms (SAWS) project is to use new technology to present and analyse the tradition of wisdom literatures in Greek and Arabic. Throughout antiquity and the middle ages collections of wise or useful sayings were created and circulated, as a practical response to the cost and inaccessibility of full texts in a manuscript age; our project will focus on those which collected moral and social advice, and philosophical ideas. The project Our collaboration has been made possible by funding from HERA - Humanities in the European Research Area - as part of a programme to investigate cultural dynamics in Europe. These collections have not been extensively studied, and many remain unpublished; but their compilation formed a crucial route by which philosophical concepts, together with ideas of reasonable behaviour and good conduct, were disseminated over a huge area, and over many centuries. With the support of
Post a Comment
Read more

Deadline for abstracts: Friday, 25 March, 2011 The Thirty-Seventh Annual   Byzantine   Studies Conference (BSC) will be held at DePaul University in Chicago from Thursday evening, October 20, through Sunday lunch, October 23. The conference is the annual forum for the presentation and discussion of papers on every aspect of   Byzantine   studies, and is open to all, regardless of nationality or academic status. It is also the occasion of the annual meeting of the   Byzantine   Studies Association of North America (BSANA), conducted by the current BSANA officers: President: Robert Ousterhout (University of Pennsylvania) Vice President: Ann Marie Yasin (University of Southern California) Secretary: Kathleen Maxwell (Santa Clara University) Treasurer: Elizabeth Fisher (George Washington University) For more information, please see our website: http://www.bsana.net
Post a Comment
Read more 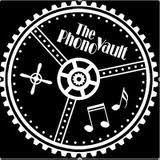 Amanda French   writes on the possibility of a digital library: Imagine a National Digital Library: I Wonder If We Can
Post a Comment
Read more 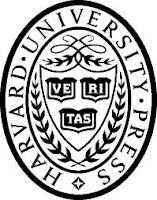 Harvard University Press has recently inaugurated a new series of translations from medieval authors. The series took its name from the Center of Byzantine Studies Dumbarton Oaks , Washington DC. It aims to produce translations of texts from Byzantine Greek, Latin, and Old English and it will include other vernacular languages in the future. The subjects of the translations range from the Vulgate Bible to saints'lives, travelogues and epic or lyric poetry. The director of the Dumbarton Oaks Institute, Jan M. Ziolkowski , is the general editor of the series. He describes this new collection as " a groundbreaking new facing-page translation series designed to make written achievements of medieval and Byzantine culture available to both scholars and general readers in the English-speaking world."( source )  Here is a list of the volumes published so far: The Vulgate Bible, Volume I: The Pentateuch: Douay-Rheims Translation (Dumbarton Oaks Medieval Library) The Beowulf
Post a Comment
Read more

Despite increased interest over the last fifty years in childhood in Byzantium, the bibliography on this topic remains rather short and generalized. Becoming Byzantine: Children and Childhood in Byzantium presents detailed information about children’s lives, and provides a basis for further study. This collection of eight articles drawn from a May 2006 Dumbarton Oaks symposium covers matters relevant to daily life such as the definition of children in Byzantine law, procreation, death, breastfeeding patterns, and material culture. Religious and political perspectives are also used to examine Byzantine views of the ideal child, and the abuse of children in monasteries. Many of these articles present the first comprehensive accounts of specific aspects of childhood in Byzantium. Read here a review from Bryn Mawr. A chapter on Byzantine children and adolescents (by C.Henessy) is included also in A Companion to Byzantium (ed. by Liz James).
Post a Comment
Read more 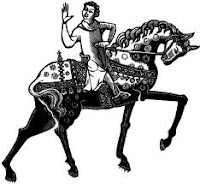 The Digital Library of Leimonos Monastery aims at highlighting the written cultural legacy that can be found at the display bookshelves and the cases of Leimonos Library during the five centuries of its operation, from 1526 A.D until today. The library was established within the framework of the program “Elevation and promotion of the cultural wealth of Leimonos Monastery, Lesvos with the use of new technologies”. The Digital Library is divided, as in its initial prototype, into three parts, the collection of Byzantine and post-Byzantine manuscripts, the Library of prototype books and the Archive of Greek and Ottoman documents. This website presents part of Leimonos written wealth, while summary descriptions are also included.  Specifically, more than 108 manuscripts are presented and some of the monastery’s old documents and books as well. Our future goal is the constant renewal of the Digital Library not only by enriching descriptions, but also by publishing the monastery’s writt
Post a Comment
Read more
More posts