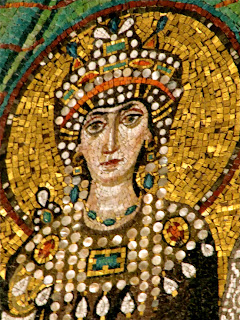 Ravenna was still under the reign of the Ostrogoths when Bishop Ecclesius laid the foundations of the Basilica of San Vitale in 527. Incorporating a pre-existing fifth century sacellum (shrine) dedicated to the martyr St. Vitalis, the building took nearly 20 years to complete. By the time Bishop Maximianus had inaugurated and consecrated the basilica in 547, Ravenna was once again under the direct control of Constantinople, following Belisario’s conquest of the city during the course of the Greco-Gothic war (533-553). --> The Roman emperor in Constantinople, Justinian I, subsequently designated Ravenna as the capital of the Prefecture of Italy – the wall mosaics of San Vitale providing an enduring testament to the splendour of his reign. Over the following four hundred years, the basilica remained pretty much unchanged. However from the 10th to the 18th centuries the church was the property of the Benedictine monastic order and numerous additions and variations
Post a Comment
Read more