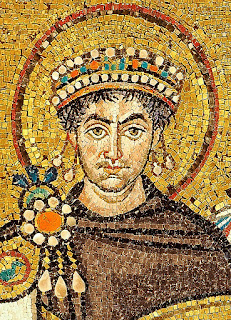 Justinian I (482-565) One of the most spectacular features of Justinian's reign was the recovery of large stretches of land around the Western Mediterranean basin that had slipped out of Imperial control in the 5th century. As a Christian Roman emperor, Justinian considered it his divine duty to restore the Roman Empire to its ancient boundaries. Although he never personally took part in military campaigns, he boasted of his successes in the prefaces to his laws and had them commemorated in art. The re-conquests were in large part carried out by his general Belisarius. Bardas Phokas (died 989) In 978 Bardas was delivered from his prison cell by the eunuch Basil Lekapenos, Basil II's uncle and de facto regent. He was dispatched in disguise to his native Cappadocia to stir up the local aristocracy against Skleros, who had revolted against imperial authorities and advanced to the Hellespont. Despite several initial setbacks, and with the assistance of a Georgian ar
Post a Comment
Read more