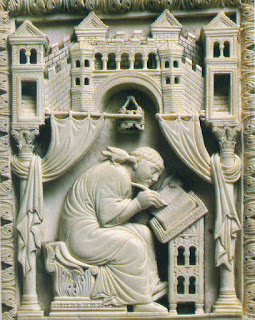 John the Lydian or John Lydus (Latin: Joannes Laurentius Lydus; Greek: Ἰωάννης Λαυρέντιος ὁ Λυδός) was a 6th century Byzantine administrator and writer on antiquarian subjects. His works are of interest for specific data about classical events. He was born in 490 AD at Philadelphia in Lydia, whence his cognomen "Lydus". At an early age he set out to seek his fortune in Constantinople, and held high court and state offices in the praetorian prefecture of the East under Anastasius and Justinian. In 552 he lost favour, and was dismissed. The date of his death is not known, but he was probably alive during the early years of Justin II (reigned 565-578). During his retirement he occupied himself in the compilation of works on the antiquities of Rome, three of which have been preserved: De Ostentis (Gr. Περὶ Διοσημείων), on the origin and progress of the art of divination De Magistratibus reipublicae Romanae (Gr. Περὶ ἀρχῶν τῆς Ῥωμαίων πολιτείας), especially valuable for the ad
Post a Comment
Read more

New book by Leonora Neville:Heroes and Romans in Twelfth-Century Byzantium: The Material for History of Nikephoros Bryennios

Heroes and Romans in Twelfth-Century Byzantium: The Material for History of Nikephoros Bryennios : Nikephoros Bryennios' history of the Byzantine Empire in the 1070s is a story of civil war and aristocratic rebellion in the midst of the Turkish conquest of Anatolia. Commonly remembered as the passive and unambitious husband of Princess Anna Komnene (author of the Alexiad), Bryennios is revealed as a skilled author whose history draws on cultural memories of classical Roman honor and proper masculinity to evaluate the politicians of the 1070s and implicitly to exhort his twelfth-century contemporaries to honorable behavior. Bryennios' story valorizes the memory of his grandfather and other honorable, but failed, generals of the eleventh century while subtly portraying the victorious Alexios Komnenos as un-Roman. This reading of the Material for History sheds new light on twelfth-century Byzantine culture and politics, especially the contested accession of John Komnenos, the r
Post a Comment
Read more 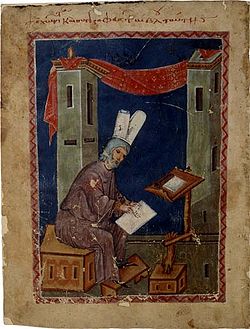 Niketas or Nicetas Choniates (Νικήτας Χωνιάτης, ca. 1155 to 1215 or 1216), sometimes called Acominatos, was a Greek historian – like his brother Michael Acominatus, whom he accompanied from their birthplace Chonae to Constantinople. Nicetas wrote a history of the Eastern Roman Empire from 1118 to 1207. Nicetas Choniates was born to wealthy parents around or after 1150 in Phrygia in the city of Chonae (near the modern Honaz in Turkey). Bishop Nicetas of Chonae baptized and named the infant; later he was called "Choniates" after his birthplace. When he was nine, his father dispatched him with his brother Michael to Constantinople to receive an education. Niketas' older brother greatly influenced him during the early stages of his life. He initially took up politics as a career, and held important appointments under the Angelus emperors (amongst them that of Grand Logothete or Chancellor) and was governor of the theme of Philippopolis at a critical period. After the capt
Post a Comment
Read more
More posts