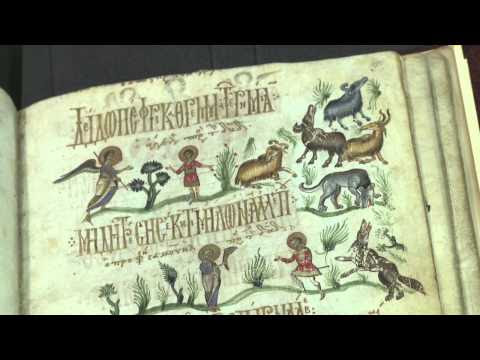 The British Library has digitised over a quarter of its Greek manuscripts (284 volumes) for the first time and made them freely available online at www.bl.uk/manuscripts thanks to a generous grant from the Stavros Niarchos Foundation. Check out here images from the Theodore Psalter mentioned in the video.
Post a Comment
Read more

Tonia Kiousopoulou, Emperor or Manager: Power and Political Ideology in Byzantium before 1453 Byzantium in the 15th century is too easily dismissed as the anachronistic tail end of an ancient ecumenical empire, whose only achievements, apart from the heroic last stand of Constantinople in 1453, were the contribution of literary Hellenism to Renaissance humanism, and the preservation of Orthodoxy from the encroachment of Catholicism. This book argues that in struggling to survive as a small fortified enclave at the heart of Ottoman territory, Byzantium adopted the social structure and political ideology of a secular, territorial city-state on the Italian model. It thus presents the empire of the last Palaiologoi in an entirely new light. Emma Maayan Fanar, Revelation through the Alphabet. Aniconism and Illustrated Initial Letters in Byzantine Artistic Imagination The book explores aniconic tendencies in the post-iconoclastic lectionaries, with special emphasis on illuminated ini
Post a Comment
Read more

March 02, 2012
Sherry, Kurt. Kassia the Nun in Context   Kassia the Nun offers a unique glimpse into ninth-century Byzantium as the only woman whose works were included in the corpus of liturgical hymns. Kassia the Nun in Context explores Kassia’s thought on Christology, on gender, and on monasticism itself. Kurt Sherry’s analysis provides readers with an opportunity to know this woman of remarkable intellect, wit, and piety by drawing primarily on her own words. He critically examines the most famous vignette of her life: a heated exchange of wits with the Emperor Theophilos, whereupon he married a rival. Sherry examines the way Kassia articulated the partisan theology of the iconophiles. Kassia’s is one of the only female voices from ninth-century Byzantium and this volume accordingly examines her reflections on gender in the context of her society and concludes that she represents a perspective that might be described as feminist. The last chapter evaluates Kassia’s philosophy of monasticism and
Post a Comment
Read more

How to repair a Byzantine Manuscript 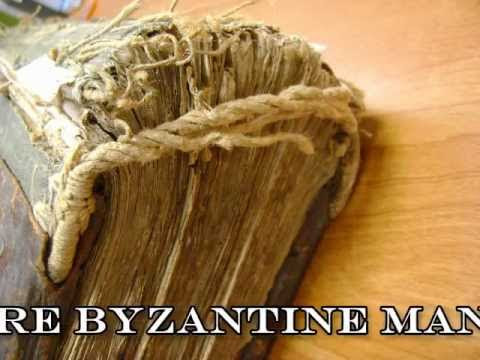 At the end of March 2012, a major exhibition on Byzantium and its relations with and impacts on the medieval world will open at the Schallaburg in Lower Austria. Scientific partner of the exhibition is the Institute for Byzantine Studies of the Austrian Academy of Sciences. From the description of the exhibition: "The Byzantine Empire has been brought back to life at the Schallaburg Castle, more than 550 years after its downfall. The exhibition spotlights important aspects of Byzantine culture and society. The elaborate works of art that emerged from the workshops of the empire are on display for the first time in Austria, showing the gold, silk, and ivory crafting techniques that have remained unmatched over the centuries. However, not only the splendor of the "Golden Byzantium" is on exhibit, but also the everyday living habits of its people." For more information click here.
Post a Comment
Read more

Fetih 1453 "In 1453, the Byzantine capital of Constantinople is surrounded by Ottoman Turks. The city is but a shadow of its former glory due to the empire's ever receding coffers, while the Ottoman Empire continues to grow rich. After years of tolerating the existance of Byzantium, the ambitious sultan, Mehmet II launches his campaign to end the Byzantine Empire and take Constantinople for the Ottomans, resulting in arguably the greatest siege of that age" ( Read more from IMDB )
Post a Comment
Read more
More posts