Humans of Byzantium: A Soldier 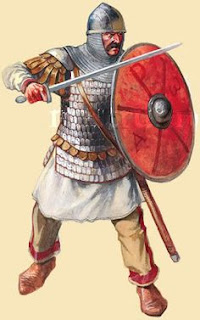 "Came from a village near ancient Athens. Fought against the Arabs. Must say that killing in the name of Christ was tough decision. But our general comforted us with sweet-as-honey words" (Anonymous Byzantine soldier)