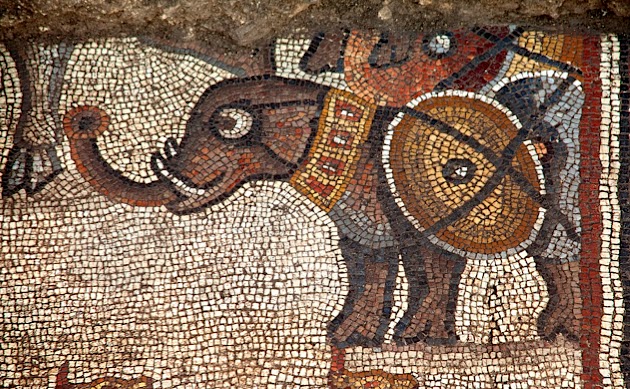 American archaeologists have recently found what they believe to be the first non-biblical scene in a synagogue mosaic.
The report mentions three mosaics with very different iconographic models found in the 5th c. synagogue at Huqoq, in Israel’s Lower Galilee. In particular, what struck the researchers was the image of an elephant, an animal which can be rarely found in the Hebrew Bible but it was generally associated with Alexander the Great.