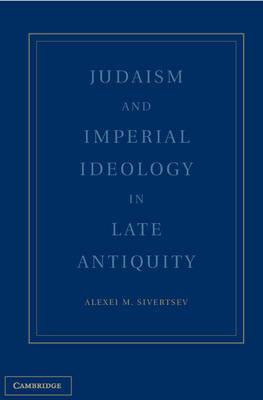 Chapter 1 explores conceptual affinities between Byzantine imperial eschatology and eschatological motifs in rabbinic literature. The author shows that Jews developed their own supersessionist narrative that both internalized and inverted a traditional Christian Roman supersessionism (i.e., ‘the Church has replaced Israel’). “Jews were merely taking back what was originally theirs. The messianic kingdom of Israel was the restoration of the original Davidic kingdom that alone could be the true holder of sacred statehood" (13). However, the Jewish texts do not envision this messianic kingdom as a renovatio imperii Romani (as the Christians did), but rather as its replacement. Israel takes the place of Rome as the last world empire destined to rule forever. In this way, Byzantine Judaism actively engaged the supersessionist narrative of contemporaneous Byzantine Christianity. The idea that the messianic kingdom would grow out of the Roman Empire enjoyed popularity among Jews, as it is attested not only in rabbinical Bible commentaries but also in synagogal liturgical poetry.


In chapter 2, Sivertsev focuses on a particular eschatological scenario preserved in a seventh-century rabbinic work entitled ‘The Signs of the Messiah’ and analyzes its Byzantine ideological context. He argues that there are obvious similarities between the Christian and the Jewish legend of the last Roman emperor: “In both versions of the legend, the last Roman emperor establishes his headquarters in Jerusalem and spends some time there before carrying out the ritualized act of relinquishing his royal powers. In both cases, he relinquishes them by taking a royal diadem off his head and placing it either on the cross on Golgotha where Jesus was crucified or on the foundation stone in the Temple” (55). As a result, in the Jewish version the Messiah thus becomes the legitimate successor of the last Roman emperor.

Chapter 3 focuses on the motif of the mother of the Messiah, Hephzibah, as she is called in the seventh-century ‘Book of Zerubabel’, in comparison with the role of the virgin Mary in Byzantine imperial ideology. Among other things, Hephzibah is part of a narrative that portrays Jerusalem as the true Constantinople that realizes and fulfills the sacred destiny of its predecessor. Sivertsev argues, e.g., that Hephzibah is depicted as the Tyche of Jerusalem just as the Theotokos was that of Constantinople, and that the role of the staff of Moses, from which Hephzibah derives her supernatural power, is similar to and patterned upon that of the relics, especially the remains of the ‘True Cross,’ in contemporaneous Byzantine literature. Hephzibah armed with the staff of Moses and protecting the gates of Jerusalem is the Jewish version of the protective image of the remains of the True Cross and the icons of the Theotokos which were perceived as palladia that together guaranteed the safety of Constantinople. The lack of precedent for the figure of Hephzibah in earlier Jewish literature can be explained by a search for its roots in Byzantine literature.
Read here the whole review