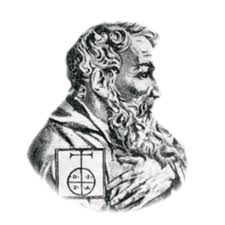 “We’ve entered the land of books”, - reported the invaders in surprise after the first Arab invasion of Armenia. Far away from Armenia – “the land of books”, in Venice in the year of 1512 Hakob Meghapart, who worshipped manuscripts, printed the first Armenian book; this was altogether only six decades after Gutenberg’s invention of printing.
Typography held a vital role and was a turning point in the lives of the Armenian people: after the invention of writing, a new life was given to the literature and writing in translation that were established independently over ten centuries, and a new perspective for development arose. Knowledge was secured, indeed by its eternal presence.
The book written with the letters of the Armenian alphabet became brilliant evidence of the Armenian rebirth. The first printed books (Urbatagirq, Parzatumar, Saghmosaran) were styled like Armenian manuscripts, prompting the continuation of this tradition. Armenian typography began its journey in Venice and continued on its indivertible course to Madras, then Lvov in the year of 1616,Rome in 1623, Milan in 1624, Paris in 1633, Nor Julfa in 1640,Amsterdam in 1655, then Saint Petersburg, Constantinople, Tbilisi, Shushi, and Yerevan. More than three decades across the cities of the world. From 1512 to 1920 the majority of 11,000 well-known Armenian books were printed outside of Armenia: in Venice (2243), Constantinople (5492), and in Tbilisi (3637).
-->