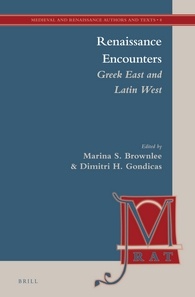 Edited by Marina S. Brownlee, Princeton University, and Dimitri Gondicas, Princeton University
The present volume has grown out of the conference held at Princeton University on November 12-14, 2009. Its essays explore a coherent, interrelated nexus of topics that illuminate our understanding of the cultural transactions (social, political, economic, religious and artistic) of the Greek East and Latin West: unexpected cultural appropriations and forms of resistance, continuity and change, the construction and hybridization of traditions in a wide expanse of the eastern Mediterranean.
-->