Manuel I Komnenos and Michael Glycas: A Twelfth-Century Defence and Refutation of Astrology 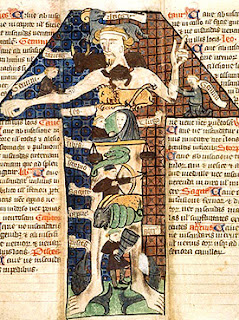 Manuel I Komnenos and Michael Glycas: A Twelfth-Century Defence and Refutation of Astrology Manuel Komnenos I, Emperor of the Byzantine Empire composed a defence of astrology to the Church Fathers, in which he asserted that this discipline was compatible with Christian doctrine. Theologian Michael Glykas, possibly imprisoned and blinded by Manuel for political sedition, refuted this defence, claiming that the astrological art was heretical.


This is the first time that this exchange of treatises has been translated into any language since their composition in the twelfth-century. The introduction sets these works into their historical framework, at a time when the belief in the validity of astrology was held by some of the best scholars of this century as a result of the flood of Arabic astrological translations coming into the Latin West and Greek East. The writings of these two antagonists precipitated anew in mediaeval thought the problem of the correct relationship between man, the celestial bodies and God who dwelled in Heaven.

Manuel I Komnenos and Michael Glycas: A Twelfth-Century Defence and Refutation of Astrology by
astrology byzantine empire glykas komnenos